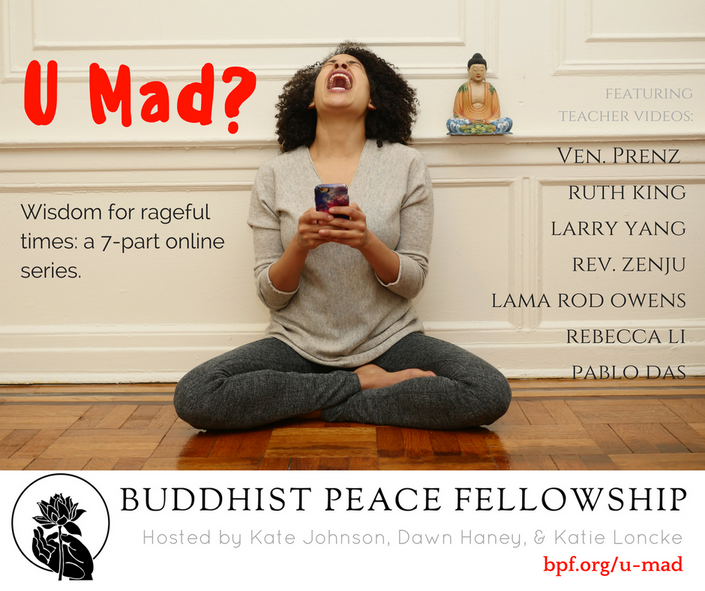 U Mad? Wisdom for Rageful Times

Enrolled and trying to get to the class?

Log-in in the upper right!

The coupon code you entered is expired or invalid, but the course is still available!

"Just like our organs, our anger is part of us. When we are angry, we have to go back to ourselves and take good care of our anger. We cannot say, 'Go away, anger, I don’t want you.' When you have a stomachache, you don’t say, 'I don’t want you stomach, go away.' No, you take care of it.

In the same way, we have to embrace and take good care of our anger." 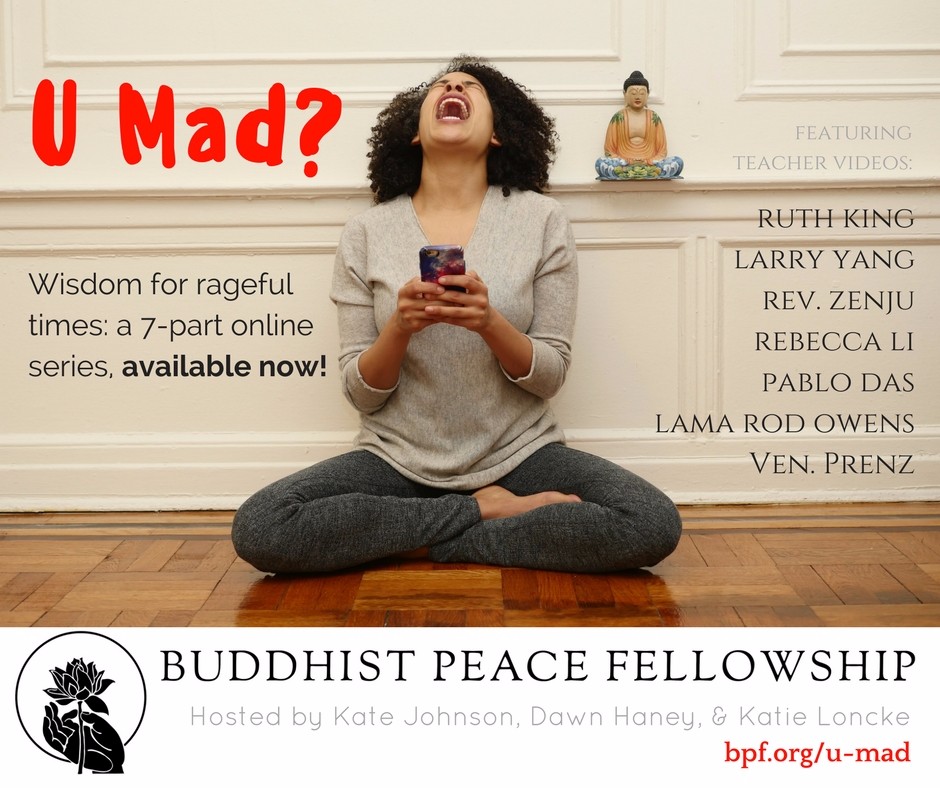 Does anger have you tied up in knots? As a spiritually-minded activist, you still aren't alone in finding anger challenging.

Anger is a very human feeling. It identifies injustice against yourself and others, offering a sharp sword of clarity. Black lesbian feminist Audre Lorde lays down how women (and we can expand this to people of all oppressed or marginalized genders) channel anger into action:

Every woman has a well-stocked arsenal of anger potentially useful against those oppressions, personal and institutional, which brought that anger into being. Focused with precision it can become a powerful source of energy serving progress and change. And when I speak of change, I do not mean a simple switch of positions or a temporary lessening of tensions, nor the ability to smile or feel good. I am speaking of a basic and radical alteration in those assumptions underlining our lives.

Yet anger isn’t everything. If it’s your only fuel to action, you’ll be quick to lose steam. And you’ve heard that the Buddha isn't a cheerleader for anger. In some traditions, he even admonishes his most devoted students to train anger completely out of their hearts:

Monks, even if bandits were to carve you up savagely, limb by limb, with a two-handled saw, he among you who let his heart get angered even at that would not be doing my bidding. Even then you should train yourselves: 'Our minds will be unaffected and we will say no evil words.' — Kakacupama Sutta

In BPF’s most popular online course, you’ll have a chance to grapple alongside others with these questions and more:

Benefits For Your Practice and Activism

We all have habits around anger. Some of us avoid it at all costs. Others embrace righteous rage as essential self defense. Trauma and anger (its presence, or conspicuous absence) often intertwine.

When you take this 7-week online series, you’ll find:

Enjoy Wisdom from Guest Teachers including: 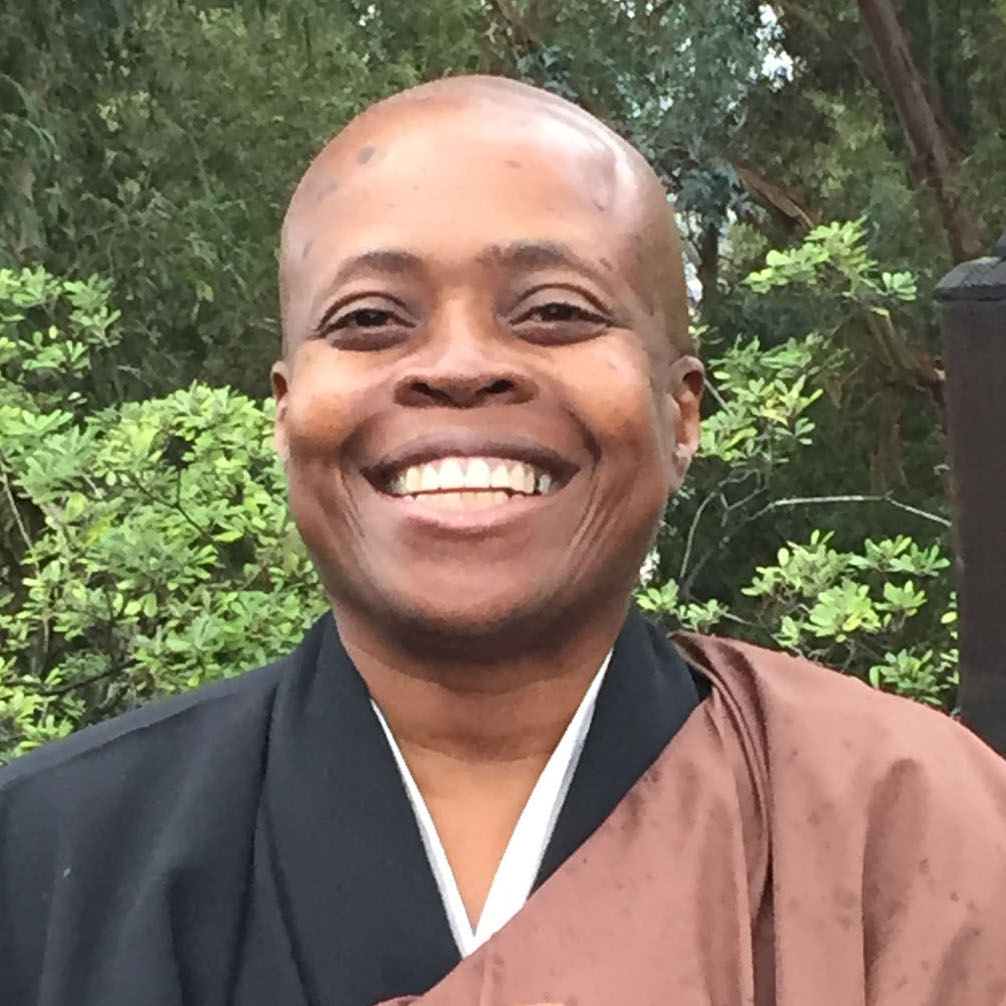 Rev. Zenju Earthlyn Manuel is an author and ordained Zen priest who combines Buddhism, intuitive knowing and indigenous wisdom in a path of liberation. She is author of many wonderful books including The Way of Tenderness: Awakening through Race, Sexuality and Gender, available in paperback and as an audio book. 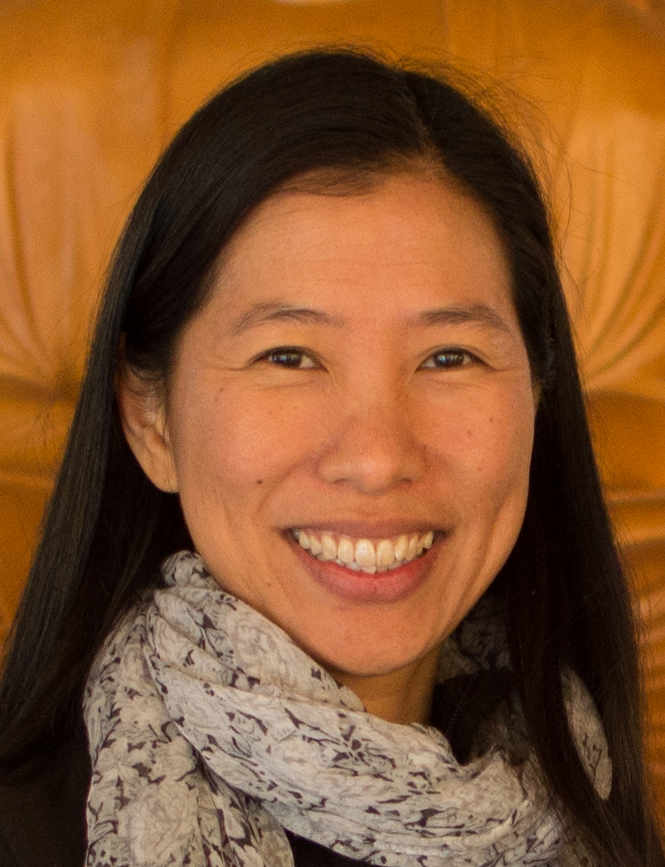 Rebecca Li is a Dharma heir and teacher in the lineage of Chan Master Sheng Yen. She attended her first intensive retreat with Chan Master Sheng Yen in 1996 and began serving as his interpreter in 1998 and started teacher training with him in 1999. She is also a sociology professor at The College of New Jersey. Her Dharma teachings and schedule can be found on www.rebeccali.org

Ruth King is an Insight meditation teacher, emotional wisdom author, and consultant. Ruth teaches at Insight communities nationwide, including on the Dedicated Practitioners Program at Spirit Rock and as the founder of Mindful Members Practice Community in Charlotte, North Carolina. Her next book,Mindful of Race, will be published in Spring 2018.

Venerable Prenz Sa-Ngoun was born in Seattle, Washington and has been a monk since the early age of 12. Now, at 18 years old, he resides with Watt Dhammacakkaram in Seattle, Washington. He started Cambodian Cooperative of Seattle (CCS) to support younger generations of Cambodians in Seattle to know more about their culture and heritage. 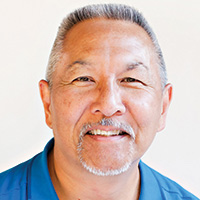 Larry Yang teaches meditation retreats nationally and is committed to creating access to the dharma for diverse multicultural communities. He is a Spirit Rock teacher and is a core teacher at the East Bay Meditation Center (Oakland) and Insight Community of the Desert (Palm Springs). Larry was honored for his work in racial justice by being selected as the community’s choice for Grand Marshal in the 2016 San Francisco LGBTIQ Pride Parade. His book Awakening Together will be released in October 2017. For more of Larry's writings and teachings visit www.larryyang.org 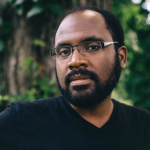 Lama Rod Owens is the Guiding Teacher for the Radical Dharma Boston Collective and teaches with Inward Bound Mindfulness Education (iBme) where he is also a faculty member for the organization’s teacher training program. He holds a Master of Divinity degree in Buddhist Studies from Harvard Divinity School with a focus on the intersection of social change, identity, and spiritual practice. He is a co-author of Radical Dharma, Talking Race, Love, and Liberation, which explores race in the context of American Buddhist communities. Lama Rod was officially recognized and authorized as a lama by the Kagyu school of Tibetan Buddhism. 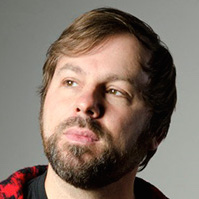 Pablo Das was empowered as a Dharma teacher at Against the Stream Buddhist Meditation Society 2009, and served on the founding teachers council at ATS until 2016. A practitioner of Somatic Experiencing, he offers trainings and privately works with clients to integrate Buddhist practice and principle, trauma resolution and holistic health models. For writing, events and one-on-one coaching, please visit www.causesofWellbeing.com

How the Online Program Works

Sign up today to get access! We’ll release the entire 7 session program to you when you sign up, full of gems to help you touch into your anger with wisdom.

We’ve found that the best support for learning in this course is a partner or small group to share your learnings with -- online or in real life. Invite neighbors, siblings, friends, or co-workers who would also love U Mad? to sign up, and take the course together!

You’ll hear from wise teachers 30-60 minute video or audio interviews — Buddhist teachers and political activists who are attuned to the experiences of communities targeted by hate. All videos and audio recordings come with full transcripts.

You’ll get practice suggestions for working with rage, trauma, and betrayal, as well as some of our favorite Buddhist and political readings to scale up your dharma & activist wisdom.

During the original run of the course, we conducted three live video chat sessions to help people connect with other spiritually-minded activist who share some common experiences around anger. While we won’t be able to offer these live video sessions again, recordings of the original sessions will be offered for your inspiration.

When can I start? Now! You’ll receive access to the whole 7 week series at once, so you (and/or your study group) can watch or listen at your own pace. You’ll receive reminder emails from us, to help keep you connected to the course over the next 7 weeks. We’re using Teachable, an online platform that you can log into any time.

This course is offered on a sliding-scale.

Choose your amount and register today to join.

If you’ve hung around Buddhist Peace Fellowship, you know that we’re a scrappy little organization running on a shoestring. We’re offering this online training program on faith — faith that dharma + social justice is what's needed now, and faith that you'll agree, finding as much nourishment, inspiration, and deep benefit as we do.

Your enthusiastic registration at $19, $39, or $59, depending on your financial ability, gets you access to this course. It also lets us know that we can sustainably make more of these online courses for you! Thank you so much for giving what you can, thereby making this and other courses available for all who are interested in personal and collective liberation.

Want to join, but worried about the cost? Let us know — we have partial and full scholarships available. No one turned away from this needed program for lack of funds! 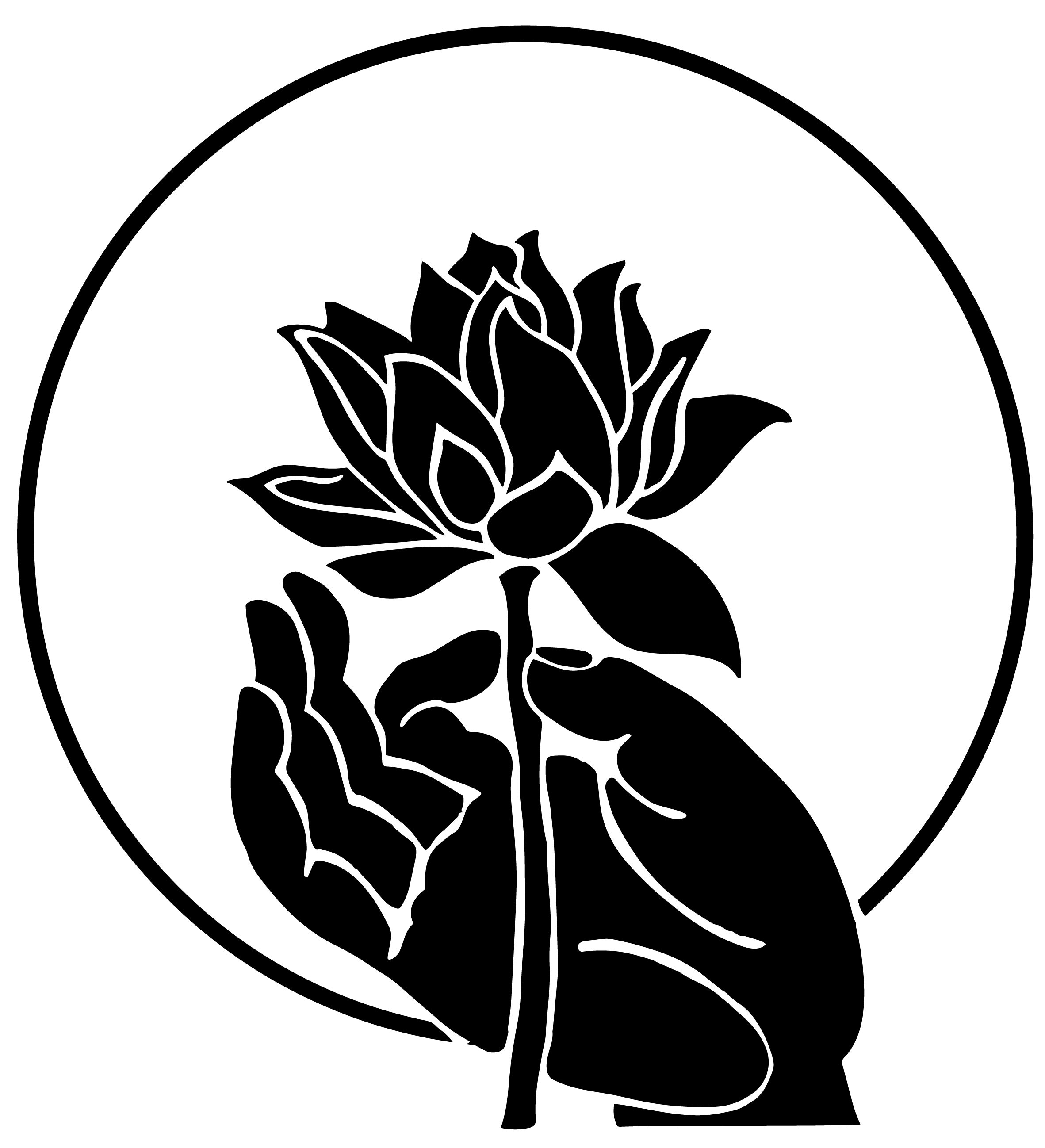 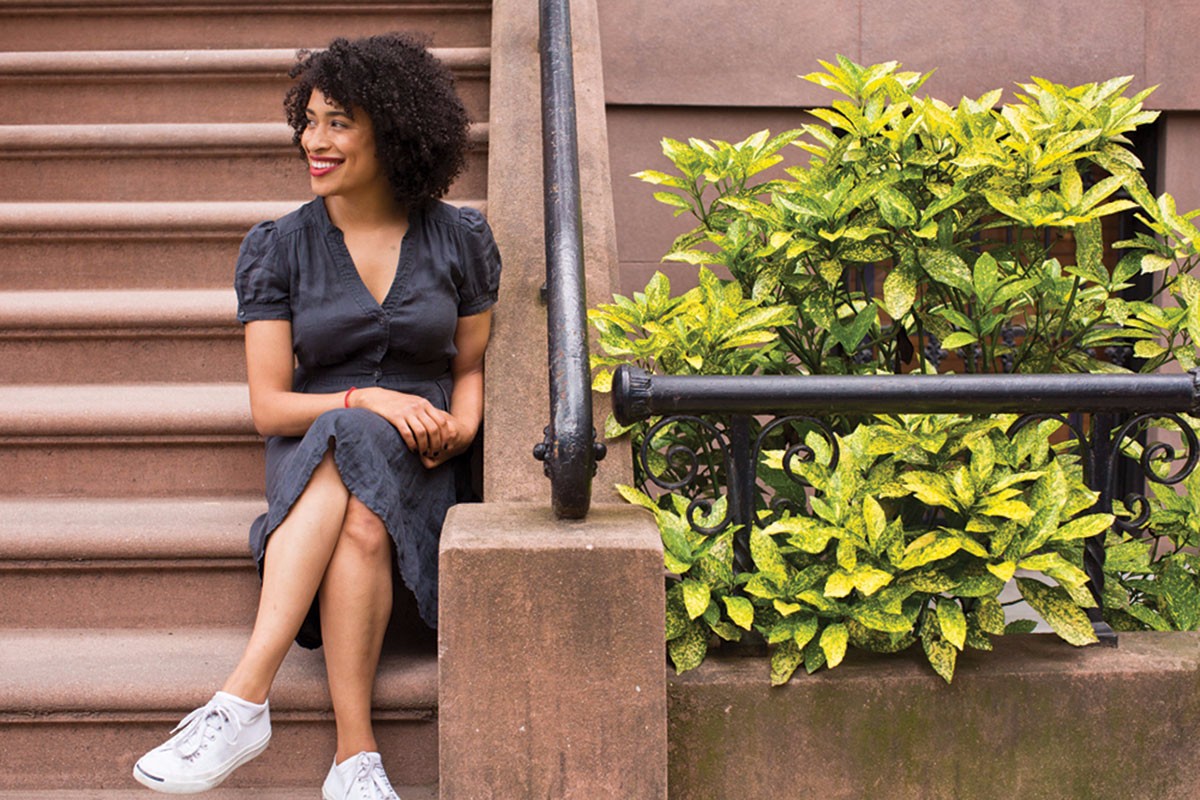 When Kate’s not raging at the latest news on her Android phone, she hangs out at the intersections of spiritual practice, social action, and creative expression. Before joining BPF to co-create educational programs, she served as transformational activism coordinator at The Interdependence Project, helping meditators get involved in fair wage and climate justice campaigns, and challenging them to dance battles, though not necessarily in that order. In addition to teaching meditation and mindful movement for people of all ages, Kate facilitates awareness based anti-oppression trainings for schools, businesses and organizations. She recently moved from NYC to Philly, where her wrathful compassion doesn't feel so cramped. She is a graduate of the Community Dharma Leader training and current student in the four year retreat teacher training at Spirit Rock Meditation Center, in the Western Insight/ Theravada Buddhist tradition. 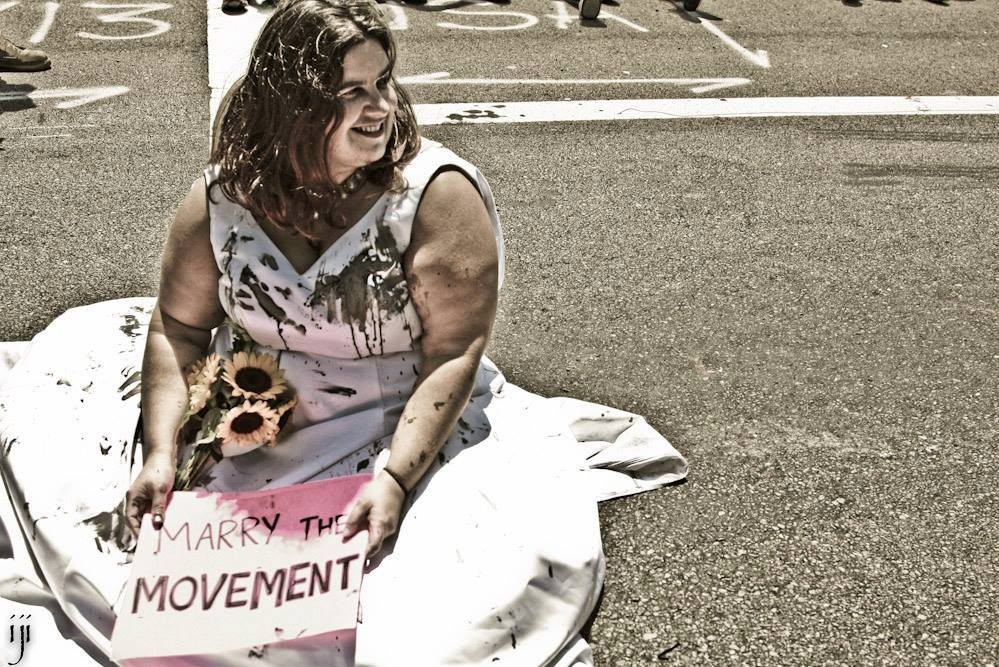 Dawn started channeling anger into action at 11 years old, when she spent summer afternoons picking up fast food cups and beer cans from the rural Indiana ditches near her home. For the last decade, she’s been heading up nonprofit organizations and community coalitions dedicated to healing and transformation, on issues such as anti-violence advocacy, immigrant integration, rural LGBTQ visibility, white anti-racism, and now spiritually-informed activism with Buddhist Peace Fellowship. As she’s crisscrossed the country from the Midwest to Georgia then Colorado and now California, one common thread is her love of teaching and community organizing. Rage at a bad breakup first brought her to the dharma in 2002; she now teaches and serves on the leadership team at East Bay Meditation Center’s Alphabet Sangha and is finishing up the 2-year Community Dharma Leaders program with Spirit Rock Meditation Center. 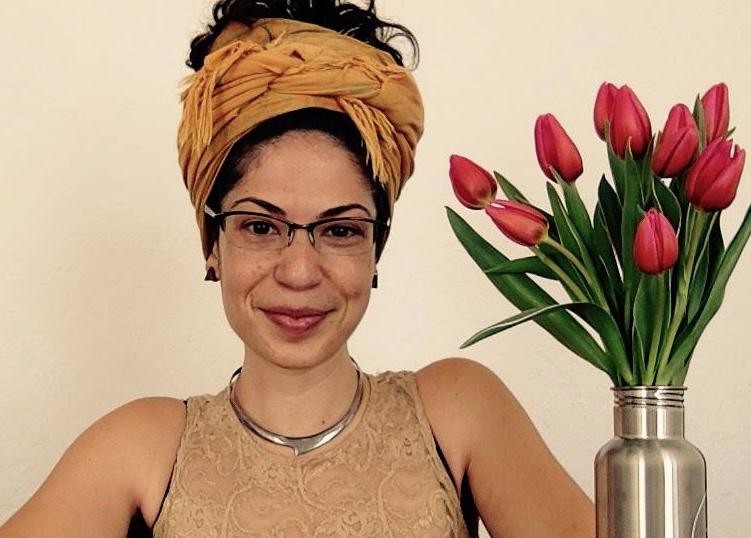 Katie’s rage has a mischievous streak, so she delights in protecting land, life, and community by springing effective nonviolent actions on unsuspecting targets. (See: helping to block a Shell oil drilling ship for 48 hours in Portland, Oregon.) When she’s not out fomenting compassionate confrontation, this terminal nerd has likely got her nose in a book about liberation struggles (increasing the rage, but also the resilience). As a Co-Director of the Buddhist Peace Fellowship she trains groups nationwide on combining Buddhist ethics with concrete, creative skills for nonviolent resistance. Her writing has appeared in digital and print publications, including the chapter on race and racism in A Thousand Hands: A Guidebook to Caring for Your Buddhist Community (2016, Sumeru Press). Katie loves lemons, cats, warm nights, Black Power, clean water, and the Temptations, even though they’re all impermanent and stuff.

When does the course start and finish?
When you enroll you will immediately receive access to the full course content, so you can binge watch or take your time, go back for review when you want, and dig in deep with the materials.
When & where do I show up?
The class is pre-recorded online content, so you'll access it through your computer, smart phone, or other device.
Can you accommodate my access needs?
We love getting creative to make things accessible! All teacher videos will come with a transcript. Have an access need you'd like us to meet? Please reach out at [email protected]
How long do I have access to the course?
How does lifetime access sound? After enrolling, you have unlimited access to this course for as long as you like - across any and all devices you own.
What if I am unhappy with the course?
We’re sure you’ll dig this! But if you decide it’s not for you, no need to make grand excuses. Just let us know within 30 days of purchasing the course, and we’ll give you a 100% refund.
Can I contribute to the scholarship fund?
Yes! Thank you for helping us share this with EVERYONE who needs it! Please make a donation to Buddhist Peace Fellowship's Scholarship Fund for the U Mad? course: bpf.org/scholarship-fund

Ready to transform your anger into power and liberation? Register today, and you'll get instant access to practical tools and powerful guidance.

We look forward to being in this course with you — see you soon!